As a Pride supporter for nearly two decades, Chipotle celebrates equality with its customers as well as its employees. Recently named to "America's Best Employers for Diversity" 2019 list by Forbes, Chipotle takes pride in fostering a culture of inclusivity.  Further support for the company's commitment to inclusivity can be found in its benefits programs, which include support for adoptive parents, same-sex couples, and paternity leave. This year, Chipotle also publicly committed to cultivating a culture of openness and awareness by conducting unconscious bias training for all of its Field Leaders. This training will be rolled out to the rest of Chipotle's employees in future years and will be incorporated into new employee orientation, as stated in the company's latest Sustainability Report.

"Our food is real and so are we," said Marissa Andrada, Chief People Officer at Chipotle Mexican Grill. "We are cultivating a better world by encouraging people to be their full selves and celebrating everyone – basic, extra and everything in between."

Chipotle's limited-edition Pride gear will include the new 'Love What Makes You Real' messaging available via the brand's shoppable Instagram post as well as Chipotle.com. For each Pride item sold, Chipotle will donate $10.50 (tees and tank) and $7.00 (hat) to The Trevor Project.  Additionally, Chipotle will be surprising one notable YouTuber and LGBTQ+ activist with the first-ever customized rainbow celebrity card.

ABOUT CHIPOTLE
Chipotle Mexican Grill, Inc. (NYSE: CMG) is cultivating a better world by serving responsibly sourced, classically-cooked, real food with wholesome ingredients without artificial colors, flavors or preservatives. Chipotle had approximately 2,500 restaurants as of March 31, 2019, in the United States, Canada, the United Kingdom, France and Germany and is the only restaurant company of its size that owns and operates all its restaurants. With more than 70,000 employees passionate about providing a great guest experience, Chipotle is a longtime leader and innovator in the food industry. Chipotle is committed to making its food more accessible to everyone while continuing to be a brand with a demonstrated purpose as it leads the way in digital, technology and sustainable business practices. Steve Ells, founder and Executive Chairman, first opened Chipotle with a single restaurant in Denver, Colorado in 1993. For more information or to place an order online, visit WWW.CHIPOTLE.COM. 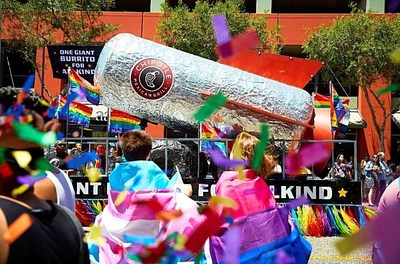