NEWPORT BEACH, Calif., Dec. 9, 2019 /PRNewswire/ -- Chipotle Mexican Grill (NYSE: CMG) announced that it's participating in the 2020 Rose Parade® presented by Honda with a float, entitled "Cultivate the Future of Farming," that features a live post-to-donate element. As a part of its mission to cultivate a better world, Chipotle is donating $1 to the National Young Farmers Coalition for every post on Facebook, Instagram and Twitter using #farmers on January 1, 2020.

This follows Chipotle's recently announced financial commitments to the next generation of farmers, including a $250,000 donation achieved through its Farmer Friday effort last week to fund seed grants. As a brand that relies on farmers who are dedicated to producing real ingredients, Chipotle is investing in a number of sustainable solutions including three-year contracts, financial donations, grants and increased purchasing.

"Chipotle's business wouldn't be possible without our farming partners who are as committed to sustainability and food with integrity as we are," said Chris Brandt, Chief Marketing Officer of Chipotle. "In the spirit of the parade's 'The Power of Hope' theme, we hope that our participation in the Rose Parade brings change to the future of farming, beginning with the National Young Farmers Coalition."

Young farmers will ride the float on New Year's Day and will be joined by select standout Chipotle General Managers in the Southern California area. The float will also include decorations made with Chipotle's real ingredients.

The Rose Parade begins at 8:00 AM PST on January 1, 2020, in Pasadena, California. For millions of people around the world, the Rose Parade is an iconic New Year's Day tradition. The Rose Parade features four types of entries: floral-decorated floats entered by a participating corporation, non-profit organization or municipality, equestrian units, bands, and Tournament Entries.

ABOUT CHIPOTLE
Chipotle Mexican Grill, Inc. (NYSE: CMG) is cultivating a better world by serving responsibly sourced, classically-cooked, real food with wholesome ingredients without artificial colors, flavors or preservatives. Chipotle had over 2,500 restaurants as of September 30, 2019, in the United States, Canada, the United Kingdom, France and Germany and is the only restaurant company of its size that owns and operates all its restaurants. With more than 80,000 employees passionate about providing a great guest experience, Chipotle is a longtime leader and innovator in the food industry. Chipotle is committed to making its food more accessible to everyone while continuing to be a brand with a demonstrated purpose as it leads the way in digital, technology and sustainable business practices. Steve Ells, founder and Executive Chairman, first opened Chipotle with a single restaurant in Denver, Colorado in 1993. For more information or to place an order online, visit WWW.CHIPOTLE.COM. 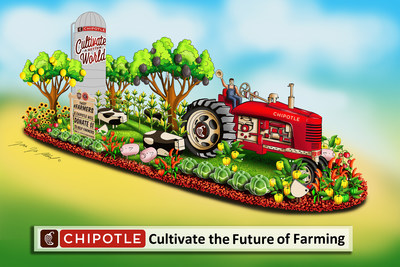