Chipotle Launches The Tony Hawk Burrito, Offers Access To Tony Hawk's Pro Skater 1 And 2 Warehouse Demo
The legendary skater's go-to Chipotle burrito will be available on the Chipotle app and Chipotle.com through August 14

NEWPORT BEACH, Calif., Aug. 10, 2020 /PRNewswire/ -- Chipotle Mexican Grill (NYSE: CMG) today announced it is teaming up with skating legend and brand superfan Tony Hawk to offer his go-to Chipotle order exclusively on the Chipotle app and Chipotle.com. Starting today, the first 2,000 fans who order the Tony Hawk Burrito, made with brown rice, black beans, chicken, tomatillo-red chili salsa, cheese and guac, will get access to the Tony Hawk's™ Pro Skater™ 1 and 2 Warehouse Demo for PlayStation 4, Xbox One, or PC. 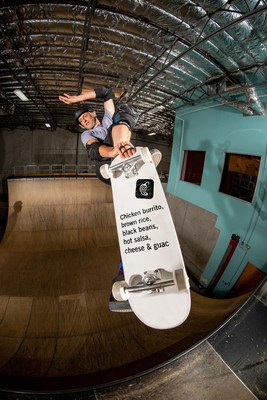 On August 14 at 2pm PT/5pm ET, the launch will culminate in a 2-hour live stream from Chipotle's Twitch page (www.twitch.tv/chipotle) featuring Tony Hawk, fellow skateboarder Jagger Eaton and actor Finn Wolfhard playing the Tony Hawk's Pro Skater 1 and 2 Warehouse Demo. The trio will give out up to 5,000 free burritos to viewers throughout the stream.

"This first of its kind menu integration gives our fans a chance to eat like the greatest skater of all time and get access to the demo for one of the summer's most anticipated video game releases," said Chris Brandt, Chief Marketing Officer. "Real athletes need real food, and Chipotle is excited to continue being a part of Tony's training routine whether it's competing at the skatepark or in a video game."

"Chipotle burritos are a favorite way to refuel after long skate sessions," said Tony Hawk. "It's a blast to see the enthusiasm for Chipotle, skating and video games continue to grow and inspire a new generation. Whether you're a veteran THPS player or new to the game, Tony Hawk's Pro Skater 1 and 2 has something for everyone."

Since launching its channel earlier this year, Chipotle has amassed more than 27,000 followers on Twitch. Finales for the Chipotle Challenger Series, the brand's marquee esports tournament that allows amateur gamers to compete against gaming stars and celebrities, have been livestreamed from Chipotle's Twitch, along with exclusive musical performances.

The first 2,000 account holders to order the Tony Hawk Burrito on the Chipotle mobile app or at order.chipotle.com will receive a code to the e-mail associated with the account, allowing the recipient to access a demo version of the re-launch of the Tony Hawk's Pro Skater 1 and 2 video game, ESRB rated T for Teen. If you place a qualifying order, you consent to receiving the email and code even if you have previously opted out of receiving marketing communications from Chipotle. You'll need an Activision account, applicable platform account and internet connection to redeem the Code. Void where prohibited; additional terms may apply.

ABOUT CHIPOTLE
Chipotle Mexican Grill, Inc. (NYSE: CMG) is cultivating a better world by serving responsibly sourced, classically-cooked, real food with wholesome ingredients without artificial colors, flavors or preservatives. Chipotle had over 2,650 restaurants as of June 30, 2020, in the United States, Canada, the United Kingdom, France and Germany and is the only restaurant company of its size that owns and operates all its restaurants. With more than 91,000 employees passionate about providing a great guest experience, Chipotle is a longtime leader and innovator in the food industry. Chipotle is committed to making its food more accessible to everyone while continuing to be a brand with a demonstrated purpose as it leads the way in digital, technology and sustainable business practices. Steve Ells, founder and former executive chairman, first opened Chipotle with a single restaurant in Denver, Colorado in 1993. For more information or to place an order online, visit WWW.CHIPOTLE.COM. 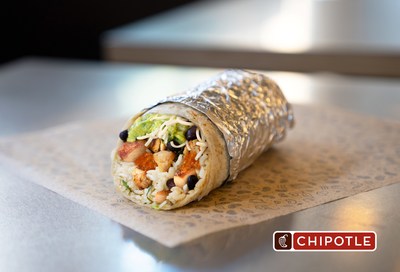